Despite the ongoing critiques that have been faced by the Affordable Care Act (ACA), a recent study has shown that the expansion of Medicaid has had a positive impact on the health outcomes of low-income citizens. From use of healthcare to insurance quality and coverage to the diagnosis of chronic diseases, Medicaid has allowed poor Americans broadly improved health outcomes. Learn more about the positive impact that Medicaid has had on low-income individuals in today’s blog, below. 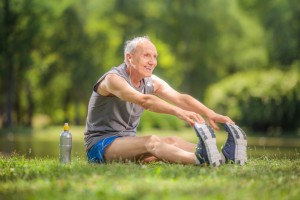 Medicaid expansion is helping many seniors, a new study shows.

The study, published in the Annals of Internal Medicine, analyzed the health outcomes for adults whose incomes placed them at or below 138% of the federal poverty level. They compared the changes between states that implemented Medicaid expansion and those that did not. Their findings unequivocally illustrated the importance of expanded Medicaid.

In states that expanded Medicaid, overall insurance coverage grew by nearly 8% and Medicaid coverage grew by more than 10%. In addition, residents of states that expanded Medicaid were 6% more likely to visit the doctor. Because that percentage point increase came from a sample of 10% of the population, the study estimates that Medicaid expansion increases the likelihood that an adult will make an annual visit to their physician by up to 63%.

In addition, diagnoses of chronic diseases were significantly increased.For both high cholesterol and diabetes, diagnoses were increased by at least 5%, although no change was found in cases of hypertension. The authors of the reports expressed a hope that with these concrete benchmarks in hand, the arguments around the ACA and Medicaid expansion could be de-politicized as the positive impacts of these programs has become more and more clear.

Are you interested in learning more about the benefits of Medicare Advantage? Contact Global Premier Benefits today! Global Premier Benefits offers education for seniors on healthcare options available to them that could improve their quality of life and defray their healthcare costs as well. We have agents and clients in more than 16 states, including the District of Columbia. Our goal is to enable seniors to live healthy, rewarding lives without compromising their finances. Call us at 1-866-229-8447 to speak with a certified specialist to see if you qualify for extra help! You can also keep up with Global Premier Benefits on Facebook, Twitter, Google+, YouTube, and Pinterest.

This entry was posted on Monday, April 18th, 2016 at 1:53 pm and is filed under Medicare . You can follow any responses to this entry through the RSS 2.0 feed. Both comments and pings are currently closed.