Medicare may soon provide coverage for lung cancer detection scans, according to a draft decision released earlier this week by the Centers for Medicare and Medicaid Services.

The lung cancer detection scans are known as low-dose CT scans, and are intended to serve as an early detection method for lung cancer. Lung cancer is the leading causing of cancer deaths in the U.S., and kills 160,000 people in the country every year. The disease also has a very high mortality rate, at 90%. However, with early detection, lung cancer can be treated with a better chance of success. Often, lung cancer is caught too late for any attempt at meaningful treatment.

In order to qualify for the low-dose CT scan, Medicare beneficiaries would have to fit the following criteria:

The average cost to Medicare per scan would be about $241, according to an analysis published in American Health and Drug Benefits. Critics have stated that there are risks, including the chance of false-positives, which require event more testing to correct. And while the scan does not mitigate the seriousness of lung cancer, it can give former smokers a chance to fight the disease.The draft decision is now open to a 30-day comment period, and is expected to be finalized in February. 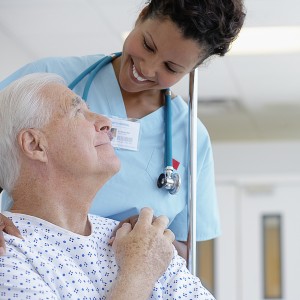 This entry was posted on Tuesday, November 25th, 2014 at 10:37 pm and is filed under Medicare . You can follow any responses to this entry through the RSS 2.0 feed. Both comments and pings are currently closed.