Many Medicare recipients are learning about the difference between observation status and admitted status with regards to hospital care, and many are finding that they are having to foot the bill for care for which they thought they were covered.

Many times, patients who are kept in the hospital overnight for diagnostic testing, treatment, and further observation have not actually been admitted to the hospital. They are instead considered to be under observation status, which means the care they are receiving is considered outpatient care, not inpatient.

Why is this important? Because Medicare requires that recipients “must have three consecutive days as admitted patients to qualify for Medicare coverage for follow-up nursing home care, and no amount of observation time counts for that three-day tally,” according to the Washington Post. This forces patients to choose between paying for expensive nursing home care, or going without it and attempting to recover on their own.

While seniors and advocate groups have voiced their dissatisfaction with this system, so far there has been little change, with Medicare officials, “experimenting with limited exemptions.” Patients who are privately insured still have to pay more for observation care, but have no three-day requirement as an admitted patient in order to receive coverage for nursing home care.

Observation care has skyrocketed among Medicare patients in recent years, according to the Post. Overall it has increased 88% in the past six years. “Even after accounting for the overall growth in the Medicare population, the [Medicare Patient Advisory] commission found that the number of observation stays per 1,000 beneficiaries eligible for Medicare’s Part B outpatient services rose 61 percent from 2007 to 2012.” 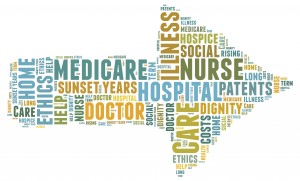 This entry was posted on Tuesday, September 16th, 2014 at 5:38 pm and is filed under Medicare . You can follow any responses to this entry through the RSS 2.0 feed. Both comments and pings are currently closed.