The new annual report released by Medicare’s Board of Trustees contains good news about the financial viability of the government-run healthcare program for seniors. According to an official White House press release, “Its Trust Fund will last four more years [than had been anticipated], to 2030, and projected part B premiums for 2015 will not increase for the second year in a row.”

As recently as 2009, there was serious concern regarding Medicare’s Hospital Insurance Trust Fund, which pays for Part A of Medicare and other administrative costs. (Medicare’s other fund, the Supplementary Medical Insurance Trust Fund, pays for Parts B, D, and administrative costs.) It was projected at that time that the fund would run out of money to pay its bills in 2017. Since then, healthcare reforms including the Affordable Care Act, also known as Obamacare, have significantly extended this deadline. Last year, the trustees’ annual report predicted the fund would last until 2026, and that projection was extended by four years in the recently released report.

Since the implementation of the Affordable Care Act, Medicare’s financial viability has been shored up substantially. The lifespan of the Hospital Insurance Trust Fund has increased by 13 years. According to the official press release, “The law implemented changes to promote value-based payments, reduce waste and fraud, and strengthen the program’s benefits. These changes, for example, have reduced hospital spending on preventable readmissions, helping to lower hospital costs, which constitute a significant portion of trust fund spending.”

The announcement that Part B premiums will not be increasing for the second consecutive year in a row is welcomed by Medicare beneficiaries and speaks to the health of the Supplemental Medical Insurance Trust Fund, which is funded by Part B premiums. It also reflects a substantial decrease in Medicare’s per capita cost growth, which has slowed greatly in recent years. In fact, for fiscal year 2014, per capita growth in Medicare spending has been at or below zero. “This dramatic decline in the trajectory of Medicare spending has generated big savings relative to what would have been expected under the 2000-2008 rate of growth: approximately $116 billion over the four years from 2009-2012.” 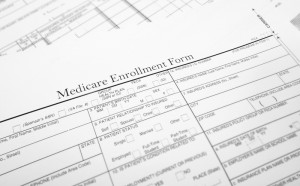 This entry was posted on Tuesday, August 26th, 2014 at 8:36 pm and is filed under Medicare . You can follow any responses to this entry through the RSS 2.0 feed. Both comments and pings are currently closed.